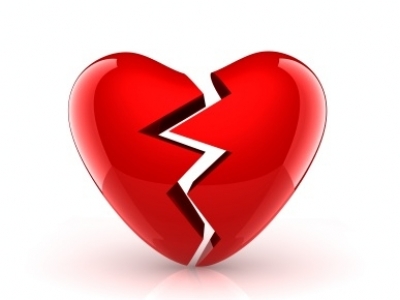 Alright, for those who have been following the several episodes of my falling out with a very good friend, this post will be the last I’m going to write on the subject. First, I want to say to the commenters out there who claimed I was unable to feel apathy and nurture relationships, well, your opinion is yours and yours only. I made the effort to let time pass by, in order to heal what needed to be healed, or to end what needed to be ended.

I thought as a result of such an effort, I would actually obtain something positive. Well I was mistaken.

There are three sides to a story: my side, the other and the truth. One side doesn’t wanna see the truth. My side has lost all faith in ever healing that broken relationship. And the truth screams: walk away.

So okay. I listen to my guts and still try to make amends. I take the blame for whatever I did wrong. But then I also give my opinion and tell my former friend what I truly believe is still not working. Facts. No emotions. Just plain facts. But the other side throws in my face insults, and tell me I’m the crazy cuckoo head of the bunch. I don’t take insults well especially when I speak about true events that actually happened. I didn’t make anything up. I was there. Other people were there. I got the testimony of many strangers who had no interest in the friendship. So tell me exactly where I effed up here?

I can’t jump off a bridge for someone who treats me like shit. Someone who I thought I could trust and ends up stabbing me in the back. Someone who I believed would be by my side for life. Dr. Jekyll got replaced by Mr. Hyde and I experienced all its wrath. Not for me. I can’t accept the truth told only by one side. There’s no way I’m going to fight my gut feeling and fall down a nasty hole full of lies and hypocritical statements, just because the truth hurts too much.

So, since I’m not talking with this former friend anymore, as of today, the friendship is dead and I’m moving on.

Good luck, peace and if I ever see you again, I’ll plainly ignore you.

Johanna K. Pitcairn has dreamed of becoming a writer since childhood—authoring her first novel at the age of nine, and countless poems, stories, and screenplays by the age of seventeen. Later, rather than pursuing a career as a director and screenwriter, she decided to go to law school, driven by her father’s opinion that “writing does not pay the bills.”

Ten years later, she moved to New York City, which inspired her to go back to the excitement, wonder, and constant change of being a writer. Pitcairn is a huge fan of psychological-thriller novels and movies, and delves into her hopes, fears, friends, enemies, and everything in between in her own writing.

All mentions in this blog constitute a product of research for my writing. All characters appearing in this work are fictitious. Any resemblance to real persons, living or dead, is purely coincidental. Unauthorized use and/or duplication of the written material on this blog without express and written permission from this blog’s author and/or owner is strictly prohibited. Excerpts and links may be used, provided that full and clear credit is given to Johanna K. Pitcairn at themanicheans.wordpress.com with appropriate and specific direction to the original content.
Loading Comments...
%d bloggers like this: